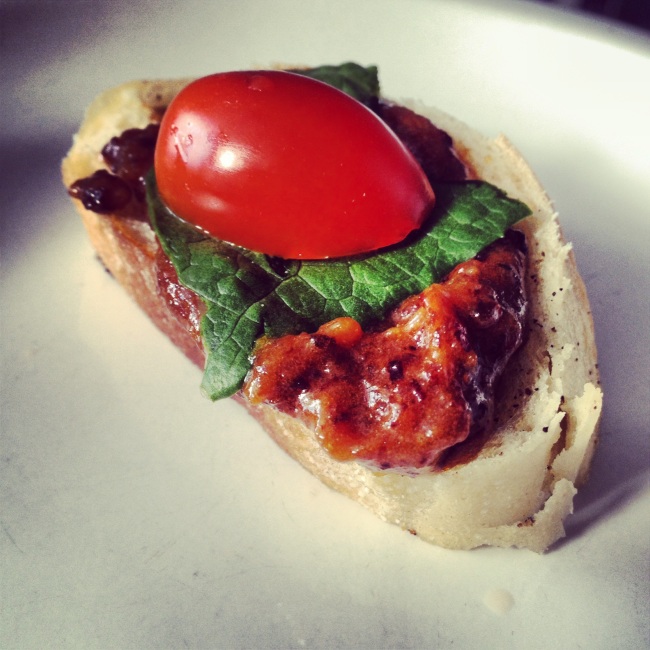 Bacon, booze, and jam. It’s probably the best three-some you’ve ever had (with out the awkward morning-after). I like making BLT bites (like the picture above), or putting it on egg sandwiches for breakfast, or in a wrap, or even on a burger. Om nom nom. This goes quick and only makes about 12 ounces of jam. I would double or triple the recipe next time.